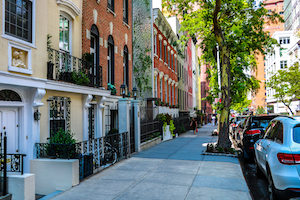 As many of you have no doubt seen, New York State has recently passed the Housing Stability and Tenant Protection Act of 2019. The landmark bill, signed by Gov. Andrew Cuomo on Friday, June 17, 2019, permanently extends rent regulations, which previously expired every four to eight years.

Nearly one million apartments in New York City are affected by the new law, representing 45% of the rental stock in the five boroughs. This number has dropped by nearly 150,000 apartments since the program started in 1994. Statewide—the program also applies to Westchester, Rockland, and Nassau counties—300,000 rent-stabilized apartments have returned to market rates.

Besides the lack of expiration date, the new law opens the door for other cities or towns to regulate rents. The geographical restrictions on eligibility were removed, so any municipality with a vacancy rate of 5% or less can take part in the program.

But opting in at this point may remind old-timers of the 1970s Roach Motel tagline: “Roaches check in, but they don’t check out.” Many of the changes are designed to prevent landlords from increasing rents and de-regulating units.

For many in the real estate industry, this new legislation is a game-changer that requires re-evaluation of business plans. Frankly, the timing couldn’t be worse in light of new laws that will require significant capital improvements throughout the five boroughs. Owners of smaller, pre-war buildings in particular will need to decide whether they can afford the significant investments required by older properties.

As New Yorkers, we recognize the growing need for affordable housing, as well as the need to protect tenants from unscrupulous actors. These new regulations will create hardships for many responsible professionals. We as an industry will need to apply creativity and resilience, to collaborate with one another as we search for solutions that support the common good.