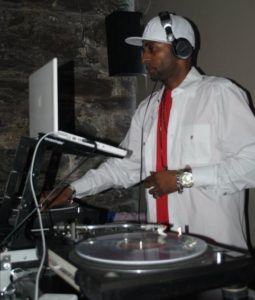 Wayne started his career with the New York City Department of Parks & Recreation. He spent six years with the city agency, where he organized day camps for elementary schoolchildren. During that time, the native New Yorker also managed the department’s Midnight Basketball program, which combined athletics with pre-game educational forums and employment-oriented workshops.

When Wayne was ready for a career change, an uncle working at the Department of Transportation (DOT) offered him a job interview with a code consulting firm. Wayne accepted the position and quickly learned the basics of navigating the DOT. His extended education began less than a year later, when he joined Metropolis Group.

Early in his consulting career, Wayne overheard a DOT plan examiner tell an associate, “This is a legal document, and I can’t sign off on something that doesn’t make sense.” “A light bulb went on,” says Wayne. “Pedestrian safety is the #1 rule at DOT. The last thing they want is anyone getting hurt. Once I came to terms with that, I realized how critical DOT is in the construction process, coordinating movements between man and machines. I’ve been bridging the gaps between clients and DOT ever since.”

As the senior project manager working with the DOT, Wayne collaborates with almost every member of the Metropolis team. “Once you cross three feet beyond the property line, it’s DOT,” explains Wayne. He reviews plans and drawings to determine what DOT permits may be needed, and he coordinates with different divisions within DOT, as well as agencies connected to DOT.

His expertise comes into play when clients need to petition for revocable consent and when projects call for the construction or installation of sky bridges, planters, bollards, etc. “People often don’t understand what happens at the DOT until they see all the different applications that spiral from one permit,” says Wayne. “If clients ask me a question about their job, I try to answer their anticipated questions, while answering the original question.”

According to Senior Associate Andrew Pisani, “Wayne’s years of knowledge, understanding the complexities of the relationship between the Department of Transportation and the people of New York, and his dedication to his division have made him invaluable to the firm.” Maria Escoto, Project Manager, DOT, sums up Wayne with the following: “Wayne is great at what he does and has taught me a lot. He is patient, informative, and never fails to be 10 steps ahead.”

Given his involvement with so many of the firm’s projects, Wayne finds it hard to single out a favorite. After all, each “baby” is unique. But a property in East Midtown holds a special place in Wayne’s heart. In addition to having an exceptional client team, the project affects multiple adjacent properties, which creates additional challenges. Placing equipment or closing areas in front of the affected properties requires written permission from each of the owners involved—not an easy task.

When asked what he appreciates most about his role at Metropolis, Wayne admits that his favorite aspect of his work lies outside the office. “My son gets to see his father get up and go to work every day,” he says. “My job allows my wife and me to do things for our family, and we’re teaching him at four years old how to be a man.”

Music has always been a lifelong love of Wayne’s. A disc jockey since 1976, Wayne has written and produced albums since 2004. He released his fifth solo CD this past New Year’s Eve, before the start of 2019. He had thought his fourth album would be his final work, but life had other plans for Wayne. Specifically, after he and his family survived a gas explosion at the house next door on Veterans Day 2015, Wayne wrote 44 songs over the span of 11 months. “I was writing for the sake of writing, just to get it out of my system,” he recalls. “More than anything else, returning to my music let the people in my life know that I was in a good space. If I’m making music, I’m good.”