M1 Hotel Zoning Changes: The Wrong Side of the Deadline 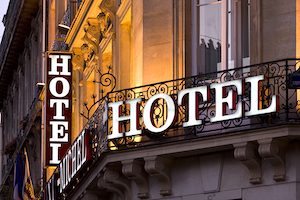 Like the changing seasons, one can pretty much rely on a major zoning initiative being adopted for some portion of the city on a yearly basis.  With each change, some benefit, and others get hurt. Predictably, for land owners that have determined that the proposed change will not be to their benefit, there is always a sprint to get a proposed development approved and far enough along in the construction process to be “grandfathered” under the old zoning regulations.

Sticking with the seasonal change analogy, today’s crazy weather patterns make it difficult to know when any one season will actually begin. The same holds true for predicting when a zoning change will take effect. Some proposed changes can take years to be adopted, while others can be adopted in less than a year. The hot topic of conversation among developers in 2018 was when the city’s proposed restrictions on hotel construction in Industrial Business Zones (M1) would be adopted. The as-of-right ability to construct hotels in light industrial zones ended in December 2018, when City Council adopted the change to Manufacturing Regulations. Going forward, per ZR 42-111, transient hotels in M1 districts would require a Special Permit from the City Planning Commission.

As outlined in this month’s companion article, the Department of City Planning (DCP) and the City Council go through a deliberative process when issuing these permits. Land use attorneys follow the process and try to advise developers regarding when adoption may occur and what the particular regulations will be. Regardless of the information and advice available for a prospective zoning change, the only way to guarantee that a development will be allowed under the current zoning is to push forward with approval and construction so that the project meets the requirements of ZR 11-331.

As suggested by the zoning section title, if a project under construction when a zoning change is adopted has fully completed its foundations, the project can be completed under the old zoning rules. If foundations are not completed in time, the permit lapses until the developer can prove that the project will meet the new zoning regulations. In addition, a provision allows the Board of Standards and Appeals (BSA) to grant a one-time, six-month extension to permit foundation completion.

Grandfathering Gets a New Wrinkle

As potential projects got rushed off the boards and submitted to the Department of Buildings (DOB), developers resisted our standard advice regarding finishing foundations to ensure the viability of the project. Developers were advised that only a full New Building approval or permit prior to adoption was required to have the project grandfathered. As it turned out, a special exception was being proposed for ZR 11-331. Not surprisingly, the nature of the exception was not fully understood.

The adopted language of ZR 42-111 altered the grandfathering requirements specific to the new transient hotel restrictions. For projects in the “pipeline,” foundations did not need to be completed; only a full or partial (foundation) permit was required to be in place by a certain date.

It is human nature to hear what one wants to hear. Developers are humans, too, and what they reported hearing differed from reality in two important respects. The first misunderstanding was that only an approval was needed. Although those who do not work daily with the DOB think of plan approval and permit as one and the same, they are distinctly different project stages. The second misunderstanding was the date that the permit needed to be in place. The traditional cutoff date has almost always been the date that the new zoning was adopted—in this case, December 20, 2018. This zoning change, however, specified that the permit had to be in place by the date the text was referred for public review, April 23, 2018.

We asked DCP whether the April cutoff date was perhaps a mistake. It was not. Making the special exception to the normal grandfather clause was seen as an accommodation to the industry. Projects in the approval “pipeline” could still proceed. In fact, only projects that were basically under construction (permitted) on April 23, 2018, could proceed. Other projects that were in full review at DOB were now dead. Of course, DOB let these reviews continue and even issued permits on projects after this date. It was only after the zoning was officially adopted that the DOB announced that these later permits and approvals would be revoked.

In other words, this true “failure to communicate” has proven costly to certain developers and their projects. Whether these developers can find relief via the BSA or other vehicles remains to be seen.