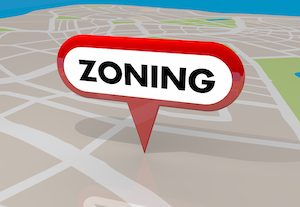 Effective December 20, 2018, New York City has amended the zoning text for M1 districts with regard to hotel development. The new text requires a Special Permit, pursuant to ZR Section 74-803, for new hotels, motels, tourist cabins, and boatels in New York City, with the hotel label encompassing all of these transient uses in M1 Districts, citywide.

The new Special Permit will allow a case-by-case, site-specific review process to determine if the new development is appropriate and if it will impact potential opportunities for industrial and commercial growth in the M1 Districts. The Special Permit will still allow hotel development in M1 Districts where tourism-related businesses are appropriate.

From Proposal to Adoption

In November 2015, Mayor De Blasio—in conjunction with the Department of City Planning (DCP)—announced the 10-Point Industrial Action Plan, including a proposal to restrict self-storage facilities and hotels in Industrial Business Zones (IBZs). These areas were established in 2006 to protect existing manufacturing districts and to encourage industrial growth, citywide.

In early 2017, the proposal expanded to apply beyond IBZs, in all M1 districts. Private consultants prepared a study of the NYC hotel and tourism industry for DCP to assess current and future conditions in the hotel industry in New York City.

The analysis reflected a rapid increase in hotel development due to the fast-growing tourism industry. The study showed that M1 districts were inundated with hotels, primarily because the zoning framework allowed their development.

The study also analyzed the impact of hotel development within M1 districts, both direct and indirect, to determine whether opportunities to create other types of development would be hindered.

DCP felt that, given the “increasingly diminishing stock of buildable land in NYC,” a zoning text amendment would allow more balanced neighborhood growth and prevent conflict with other potential industrial businesses.

On April 23, 2018, the Draft Environmental Impact Statement (DEIS) was completed, and the public land use review process began via City Planning Commission (CPC) referral. After the Community Boards’, Borough Boards’ and Borough President’s 60-day clock ended (allowing each group to review the proposal and hold public hearings), the CPC held a public hearing on July 25, 2018. CPC approved the proposed zoning text amendment on October 17, 2018, and the New York City Council approved the text amendment on December 20, 2018, to adopt and ratify the zoning text amendment.

The Special Permit requirements apply to the following:

To grant the permit, the CPC must confirm the following conditions:

In addition, the Special Permit does not apply to MX or paired M1/R districts. Also, airport properties (JFK and LaGuardia) that provide accommodations and airport services are exempt. M1 Districts that already have Special Permit provisions (including some special purpose districts and historic districts) are also exempt since the issue of hotel development in M1 Districts has already been addressed.

A Special Permit is not required in the M1-2 District for a change of use to a transient hotel that occupies 30% or less of the floor area on the zoning lot, and where the zoning lot meets the following conditions:

In M1-5A and M1-5B districts (mapped in the SoHo/NoHo area of Lower Manhattan), the Special Permit is required in conjunction with a special permit pursuant to 74-781 (Modifications by special permit of the City Planning Commission of uses in M1-5A and M1-5B Districts). However, if the transient hotel is located above the ground floor, and the floor area used for the hotel on the ground floor does not exceed a minimal amount necessary to access and service the hotel, the special permit pursuant to ZR Section 74-781 is not required.

For hotels existing within an M1 District prior to the date of adoption, the use would be considered a conforming use. Any enlargement or extension to such conforming use would be permitted, as long as it does not exceed 20% of the existing floor area and the zoning lot is not enlarged. Any enlargement or extension that exceeds 20% of the existing floor area would be required to file for the Special Permit.

If an existing transient hotel has discontinued use as such for a continuous period of two years, then it may only be used as a conforming use, or it may be used as a transient hotel if the CPC issues a Special Permit, pursuant to Section 74-80 or other applicable sections of the resolution.

Furthermore, in the event of a casualty damaging or destroying an existing transient hotel in operation as of December 20, 2018, the hotel may be reconstructed without obtaining a Special Permit. Non-complying buildings may be reconstructed pursuant to ZR Section 54-40 (Damage or Destruction in Non-Complying Buildings).

Hotel developments that received a permit or partial permit from the Department of Buildings before the referral date (April 23, 2018) are allowed to start or continue construction, provided the work is completed and a Certificate of Occupancy is issued within three years of the adoption date, by December 20, 2021. If the development fails to meet the aforementioned completion date, the building permit shall automatically lapse and the right to continue construction terminates. Appeals to the Board of Standards and Appeals (BSA) must be made within 30 days of the permit lapse; otherwise, the Special Permit will be required.

If you have questions about how the new zoning text affects your projects, please contact Metropolis Group at 212.233.6344.