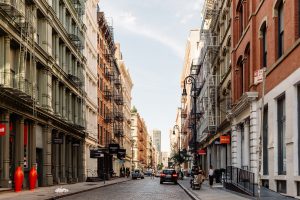 As of January 22, 2019, new rules have gone into effect for the Landmarks Preservation Commission (LPC). The updated rules, located in Title 63 of the Rules of the City of New York, were unanimously approved on December 11, 2018, after a year-long process that included two public hearings and four months of comment periods.

LPC launched the proposal to update its rules in January 2018 to streamline the approval process and to reflect current commission practices. On March 27, 2018, the first public hearing lasted two hours beyond the allotted time to accommodate all speakers. The volume of testimony prompted LPC to extend the period for written comments by six weeks. The commission revised its proposal, which was presented at a second public hearing on October 16, 2018.

In several cases, the rules were changed to improve language consistency with other offices and agencies and to make them more user-friendly. More substantive changes include the following:

These new rules represent a success story for our city’s collaborative rule-making process. The city government and the public have invested a significant amount of time and energy toward streamlining the approval process, without compromising New York’s strong standard of preservation.

If you have questions regarding how the new rules affect your property, contact Metropolis Group at 212.233.6344.