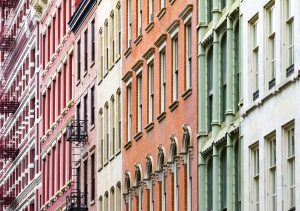 The New York City Landmarks Preservation Commission (LPC) has taken the next step toward streamlining the filing and approval process. On Tuesday, March 27, 2018, LPC held an open forum on the proposed rules and amendments, which were introduced in January and presented during the February 13 public meeting.

The changes, which are designed to make the regulatory process more efficient and transparent, consist of the following:

Proposed reforms include expansion of renovation types eligible for expedited review and approval by LPC staff. Once approved, these changes will accelerate the review and approval process for minor alterations undertaken by businesses in landmark districts.

The well-attended hearing was reasonable, and the meeting extended two hours beyond the allotted time to make room for all speakers. The volume of testimony prompted LPC to extend the period for written testimony an additional six weeks, until May 8. The interplay between community and commission reflects the respect that LPC has always held for public opinion.

LPC remains committed to revising their requirements and streamlining the approval process, which will be a tremendous help for developers and landlords. This is exactly the type of proactive and collaborative approach that will maintain a strong standard of preservation, while encouraging accountability and transparency.

We look forward to the final rule changes and to working with LPC on behalf of clients in providing full compliance once the rules are implemented.

You can view the full text of the proposed rules here, as well as the LPC presentation here.