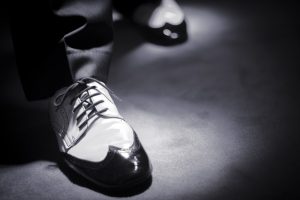 It’s official: New Yorkers can bring out their dancing shoes.

Sounds simple, right? To put the situation in perspective, only 104 of the more than 20,000 bars and restaurants in New York City hold a cabaret license. The expensive and time-consuming licensing process requires approval from multiple agencies, and only businesses located in areas zoned for commercial manufacturing can apply.

We certainly don’t discount the importance of licensing, which plays a critical role in protecting the public.

But as Mayor de Blasio said in his statement, “It’s 2017, and this law just didn’t make sense.”

The Cabaret Law was created during Prohibition to crack down on speakeasies. Other restrictions on music and musicians have relaxed over the years, but the ban on social dancing has been used at various times to address other offenses. Most notably, the Giuliani administration frequently enforced the law to curb drug use.

What Changed, What Didn’t

The legislation repeals all aspects of the Cabaret Law with the exception of two safety requirements.

“Nightlife is part of the New York City melting pot that brings people together,” said Mayor de Blasio. “We want to be a city where people can work hard, and enjoy their city’s nightlife without arcane bans on dancing.”

This move creates exciting new opportunities for more businesses to open and to create more entertainment for our thriving cities. We applaud the actions of Mayor de Blasio, Councilman Rafael Espinal, and the others who made this historic legislation possible.

At the same time, the development reminds New York business owners of the continuing need to ensure all required licenses are in order.

For assistance with verifying your licensing requirements or closing out liens or violations, call Metropolis Group at 212.233.6344.