The Perils of Zoning Non-Conformity 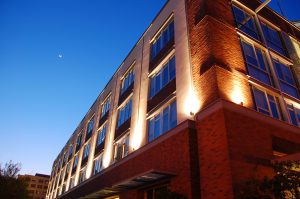 Last month we reviewed some of the available advantages when working with a building that does not comply with the zoning resolution’s bulk regulations. A developer can invest capital to repurpose a building to a more profitable use and end up with a property that is larger and taller than a new building developed at the same address.

The zoning resolution is not nearly as kind to building developers who want to pursue operations contrary to those allowed by current zoning. If the building chooses not to conform to what its newer neighbors are doing, zoning will not look kindly on it. In fact, the resolution throws up a number of obstacles to maintaining the building’s historic purpose.

As mentioned in our previous article a “complying” building is one where the bulk and siting on the property complies with the bulk and yard regulations for its zoning district. A “conforming” building is one used in a manner appropriate for its zoning district. In other words, a multiple dwelling located in a residential zone is a conforming building. A factory operating in the same district is non-conforming.

One obstacle is found in ZR 52-61. This section states that, if the non-conforming use is not active on the property for a continuous period of two years, then the right to that non-conforming use ceases. If the DOB challenges your desire to maintain that use under this section, you could be asked to produce almost 60 years of records to show continuance dating prior to 1961. On the bright side, the section does offer exceptions for ground-floor retail spaces in Landmark districts. It also offers a break if the use was disrupted because of a war, but I think if one were forced to invoke that clause, there might be bigger problems to be concerned about.

ZR 52-22 states that no structural alterations are permitted. However, the section does allow a non-conforming building to be enlarged per ZR 52-41. Regardless of which commercial or residential district the building is in, it must follow the bulk regulations of either an M3-1 or M3-2 district. The FAR for M3 districts is only 2.0, so there may not be much available floor area to expand.

It is not surprising that the zoning resolution discourages both continuation of a non-conforming use and expansion of such a property. A factory operating in a residential district is certainly not ideal. A lumber yard amongst card shops and grocery stores doesn’t make much sense. The resolution protects the relatively genteel uses from the more severe.

There Goes the Neighborhood . . .

Another type of non-conforming property does not necessarily have an adverse effect on the neighborhood. A residence in a manufacturing district and certain commercial districts is not permitted; however, a single-family home amongst a block of factories should not hinder the operations of the industrial buildings. Cases of residences remaining in areas long since turned industrial are not that unusual, especially in the outer boroughs. Bizarrely, these instances of residential non-conformance are treated more severely than the previous commercial and manufacturing non-conformances discussed to this point.

Mentioned above, ZR 52-22 also applies to residential non-conforming buildings, thus prohibiting structural modifications. While commercial and manufacturing buildings can turn to ZR 52-41 for at least limited enlargement or modification options, residential properties cannot. Per that section, the non-conforming building is always considered part of an M3 district. Since residential buildings are not permitted in manufacturing districts, there are no bulk regulations to follow. In the case of a single-family home or multiple dwelling, only “repairs or incidental alterations” are allowed (ZR 52-21), as defined below.

a)  Changes or replacements in the non-structural parts of a building or other structure, without limitation to the following examples:

b)  Changes or replacements in the structural parts of a building or other structure, limited to the following examples or others of similar character or extent:

The definition allows a little leeway to change the look of the building through façade replacement and the creation of some new window openings, but no enlargement is allowed. Even alterations that would not increase floor area—like expanding a cellar—are not permitted because they would be considered structural.

For those who wish to develop non-complying buildings, the zoning resolution can be quite generous. In fact, these properties can present unique opportunities in certain community boards. But for mavericks who wish to maintain non-conformity, the law presents several challenges, and holding out requires real commitment.

In the case of non-conforming residential buildings, you are particularly screwed. Potential residential purchasers must be always aware of the zoning district where their future property lies. Since zoning district lines can bisect streets, one side of the street may allow relatively unlimited potential for a home to become the house of one’s dreams, while the other side of the street only allows the owner to fix a leaky roof and add a window.