The 2016 NYCECC: When Compliance Conflicts with Construction Reality 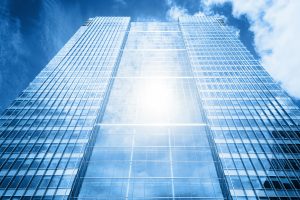 This past October marked the one-year anniversary of the 2016 New York City Energy Conservation Code (NYCECC 2016). Looking back, the code change has brought its share of challenges. Perhaps the trickiest thing about the energy code is that, because it affects so many aspects of the finished building, the number-one issue involves providing a complete set of drawings and analysis when the proposed building might not have full financing for the designed specifications. Like previous code changes, the NYCECC 2016 has exacerbated the problem, creating its share of challenges.

This industry relies on project phasing; without it, nothing would be built. Owners often need full New Building approval to secure additional financing and may start projects without the cash on hand to pay designers through the 100% complete construction document goal post (100% CDs). This fiscal reality means we often enter DOB plan review with drawings in the design development (DD) or even schematic design (SD) phase, which is when lines are first committed to the big drafting sheets. Beyond the fact that proposed buildings tend to change daily in the early design phase, it’s difficult to decide how to get our building’s skin or HVAC systems to comply with energy code when we haven’t designed them yet.

The energy code and DOB do allow some wiggle room for designers. The much-dreaded window specification required before approval, for example, can be navigated with notes and additional inspections. Likewise, new refrigeration requirements can often be handled with notes as they are usually installed separately from the main HVAC systems.

Yet, the more we note and the more we delay requirements during the approval phase, the more issues—with the occasional opportunity—pop up during construction and sign-off, for better or worse.

Take the new NYCECC 2016 air sealing testing requirements for example. The new energy code, whether followed under ASHRAE or ECC, requires all new buildings larger than 25,000 s.f. to be tested for air sealing. Buildings greater than 50,000 s.f. fall under another category altogether and require “Air Barrier Continuity Plans.” Buildings are typically tested for air tightness using pressurization fans, with larger buildings requiring additional fans if tested in one shot, which is ideal. However, when buildings get too large or complicated, designers can establish their own path to air-tightness using very detailed drawings that exceed those typically provided in a new building permit set—hence, the Air Barrier Continuity Plan.

These detailed drawings take the form of typical details that appear throughout the envelope. Unlike traditional details, those in Air Barrier Continuity Plans more closely resemble the means-and-methods-type stuff usually left for contractors to figure out. Examples include how to apply exterior waterproofing or even caulk and corner bead to create a perfect interior air barrier, as well as an exterior barrier, as temperature and humidity can attack a wall from the inside, especially during winter.  These details are then keyed to specific plans and sections, making it easy to determine how each seam and joint in the building is sealed up—a level of detail I have never encountered prior to full New Building approval. Most buildings try to get by with a combination of narrative, which can include some testing, and details with key plans. The more we draw prior to approval, the less, in theory, we would have to test before Certificate of Occupancy.

Sometimes it’s best to let professional air-sealing testers determine a strategy with the design team prior to approval. Some buildings look daunting to test but can be tested in one pass—once a strategy has been worked out with the tester and placed on drawings before approval. However, like the above-mentioned details, these testers are rarely considered by teams when they are trying to get a new building foundation in the ground and approval in hand to run to the bank. Bringing these partners on early can help relieve headaches and save costs down the road.

Barring that solution, architects and owners will have to think about how to air-seal large buildings and to prove the strategy with drawings long before the finished envelope is ever built. They may still be left testing chunks of their buildings in the field or in a lab.