The Metropolis Guide to Vestibule FAQs 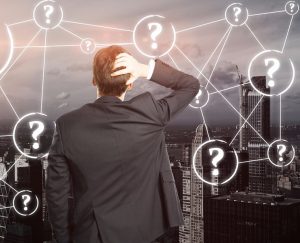 Probably the most frequent question I get about the 2016 New York City Energy Conservation Code (2016 NYCECC) concerns vestibule requirements. Then again, this was also the most frequent question under both the 2011 and 2014 NYCECC. Designers don’t seem to like vestibules much as they take up space that could otherwise go towards a grander entrance or more usable floor area. They also cost owners and tenants money they would rather not spend.

Vestibules do offer value, beyond the savings of preventing conditioned air from blowing out the front door. Vestibules mitigate the “stack effect” in tall buildings, and they help bridge the temperature and pressure differential between outside air and inside air. This helps keep occupants comfortable, as some people are prone to feeling “squeezes” with even the most minor pressure difference.

For those wishing to understand vestibule requirements—and perhaps how to avoid them—we have prepared a list of FAQs, ranging from a basic storefront replacement to new building requirements as per the 2016 NYCECC:

We’re replacing the entrance glazing and/or entrance door in the existing frame. Do I need to provide a vestibule?

No. Straight glass-in-frame or door replacement does not require a new vestibule.

We’re replacing the frame, too.

Then yes, unless you qualify for another exception.

We’re designing a new building or renovating an existing lobby with full-lobby glazing and frame replacement. The lobby is 1,250 s.f. Do I need a vestibule?

The answer depends on the building height.  Spaces of 1000 s.f. or more in a building greater than 75’ tall need a vestibule. For buildings under 75’ tall, the cutoff becomes 3000 s.f.

Does the above requirement apply to all spaces?

No. Doors “not intended to be used by the public,” such as those accessing mechanical spaces or employee work areas, do not need vestibules. Also, doors leading to parking garages or loading docks typically do not require vestibules.

Do revolving doors get me out of the vestibule requirement?

Yes. However, if you have swinging doors adjacent—and chances are, you will for egress and handicapped accessibility purposes since revolvers are tricky—they’ll need a vestibule, although the revolving door(s) won’t. Besides, people like swing doors and tend to use them, even when they should use the revolving doors.

Will I still need a vestibule if I have an air curtain?

No. New York City added this exception in the 2016 NYCECC because so many people asked for it.  However, if your scope of work follows ASHRAE standards, this exception does not carry over to 90.1-2013.

What if I’m an energy model? Isn’t that all ASHRAE anyway?

Then yes, you can trade the vestibule for the air curtain, provided your model still passes with an air curtain.

Someone is telling me I need a vestibule for a large open living room that opens on a terrace. This sounds like a crazy rumor, but is it true?

No. Dwellings are excepted from the vestibule requirement.

I’ve had enough of the weather and have decided to move shop to South Florida. Will I need vestibules for my projects down there?

Anything else I should know?

Watch out for heating requirements and restrictions if the scope of work falls under ASHRAE 90.1-2013.  Vestibules can’t be heated when the exterior temperature gets above 45° F, and the maximum vestibule temperature set point is limited to 60° F. You can also ditch heat in the vestibule entirely, but the interior walls of the vestibule will have to meet performance requirements for ASHRAE-defined “semiheated” space.

It sounds like vestibule replacement is a lot easier under NYCECC?