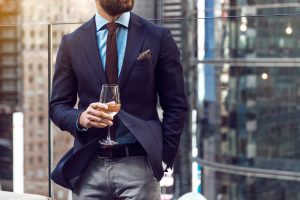 Perhaps you’ve heard that the Department of Buildings (DOB) recently decided to crack down on rooftop terraces not permitted as of right.

The rumors are true. The NYC DOB roof deck rules are without a doubt changing.

Moving forward, only residential properties may use rooftops as amenity space. Restaurants, including those in hotels, may apply for roof use. However, the DOB will no longer issue permits for rooftop amenities to manufacturing and commercial properties. The agency will only grant use of a roof for maintenance purposes.

Needless to say, the policy change has been unpopular, but recent developments have actually been favorable.

Initially, DOB announced that the change would be retroactive, dating back four years. Any roof terraces that were specially permissioned were slated for revocation.

Now the agency has agreed that it will continue to permit the use of previously approved commercial rooftops, for instance, but it will not grant new approvals. So if you were thinking about adding an outdoor employee lounge to that office building . . . Don’t.

Just because the DOB has agreed to allow existing permits to stand doesn’t mean that holders of these coveted spaces can rest easy. The DOB plans to review previously approved jobs on a case-by-case basis to make sure they were completed correctly and utilizing NYC DOB expediting services to make sure these previously completed jobs fit the new bill of regulations.