DOB (Please, Not!!) NOW: It’s Getting Harder to Ignore 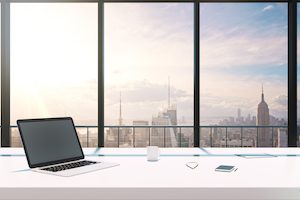 The future is near, and it’s DOB NOW. The process of converting to the Department of Buildings’ (DOB) online system has been proceeding in baby steps for the past few years. Like Neil Armstrong half a century ago, DOB NOW is preparing to take a giant leap. While most of mankind will not care, those in the construction industry hope the leap won’t land with a thud.

Much more filing documentation is available online (but not plans). Wait times for inspections are significantly shorter, and inspection results are practically available in real time. The online database of resource materials on the DOB website is impressive also. While the DOB’s march to digitization has yielded many benefits, the process has also created many problems.

The Quest for Efficiency

The least successful aspect of the digitization push has been the DOB’s goal to make the plan review and permitting process a 100% virtual experience. Not unlike the traditional retail store chain’s push to online sales, the DOB sees a future where its physical presence can be smaller, requiring less real estate and fewer employees. The goal is to conduct all public interaction over the internet. The only exception would be the inspection process, which will always require site visits by DOB staff. In other words, the bulk of human interactions with the DOB will involve accepting a newly written violation from an inspector.

Above, we semi-facetiously identified the Development HUB and HUB Full-Service as both the best and worst thing about the DOB digitization experience. The ease of submitting drawings and paperwork online is certainly advantageous, except when the servers go down. Receiving comments electronically is handy, too. What makes the system work, however, is its capacity for human interaction. Issues that can bounce back and forth, unresolved, through electronic communication can often be resolved quickly with a face-to-face meeting or phone call. The HUB system still allows such interactions.

The DOB had a theory that their failure to provide timely approvals resulted from incompetent code consultants and expeditors, who were slowing down the process. The reasoning went that these filing representatives, hired by owners and architects to steer their projects through the system, were often unprepared or not knowledgeable when they met with plan examiners. Such lack of preparation required further appointments, which further increased wait times to see examiners. In fact, when the HUB first started, the DOB insisted that the filing representative could only meet with the examiner if the architect was present.

As the HUB has evolved, that rule is now rarely enforced. A significant portion of examiners actually prefer to deal directly with the filing representatives, as opposed to the architects. Even so, the DOB still finds it convenient to blame filing representatives for some of their woes, which brings us to DOB NOW.

DOB NOW: The System of the Future

The DOB’s computer information system was in desperate need of an update. (The Buildings Information System (BIS) still uses an MS-DOS-based operating system. For those of you under 50, look it up. Bill Gates was barely a millionaire back then.) DOB NOW is not simply a method of filing; the system is a completely new DOB database. Starting from scratch, the DOB also saw this reboot as an opportunity to eliminate the filing representative from the filing process.

The backbone of the DOB NOW filing process was to introduce a system that required active participation from both the owner and the architect or engineer. Former paper forms were replaced by pull-down menus that the applicant would complete. Both the applicant and the owner must electronically sign, and only the applicant can upload the drawings that accompany the filing. In theory, there was no role for the filing representative.

Originally, DOB envisioned that all filings would go through the DOB NOW system by this time, but once the IT people started executing this vision, they realized that filing applications is very complicated. Thus, DOB decided to roll out the new process in stages, starting with what would be considered simple filings. First, the process was voluntary. An applicant had the option to file through DOB NOW, the HUB, or the traditional paper process through the borough.

Early attempts at filing through DOB NOW were very frustrating, with both the applicants and DOB personnel not sure how to use the computer system. Flaws were discovered and resolved. Based on industry feedback, the filing representative’s role has returned to the new filings. Filing representatives cannot perform all functions, but they can—and do—assist applicants and owners with filing setups and interactions with plan examiners.

As the DOB became more comfortable with DOB NOW, certain filings like fences, sheds, and signs became mandatory DOB NOW filings. Temporary and permanent Places of Assembly became mandatory DOB NOW filings as of December 2018. These are all relatively simple filings, normally consisting of only a few drawings. The major construction filings could all still be filed—and, in many cases, had to be filed—either through the Development HUB or at the borough. That is all about to change.

On or about July 1, mechanical, plumbing, sprinkler, standpipe, and structural plans must be filed through DOB NOW. Only architectural plans will be accepted in person. This represents a tremendous change in the volume and types of filings processed through DOB NOW. The move will also increase the expediting costs for a standard filing. In fact, such progress most likely will increase the approval time for a typical Directive 14 application. A whole new set of engineers will be forced to work with an unfamiliar filing process.  Although New Buildings and enlargements will not be filed through DOB NOW, these projects will also be affected. Even application signoffs will likely be delayed.

Higher expediting costs. The typical Alt. 2 Directive 14 application consists of drawings covering three work types—architectural, plumbing, and mechanical—produced by two professionals. Structural work ups the total to four work types and three professionals. Under the current system, all of this work can be filed as one application. With the new system, the architectural filing will be submitted at the borough or HUB and receive one application number. The other work types will be filed separately through DOB NOW, with each receiving a different application number.

New requirements for engineers. Under the current system, MEP and structural engineers are subsequent applicants behind the lead architect’s filing. In practice, 95% of a plan examiner’s objections are based on the architectural drawings. Very few comments relate to the engineer’s subsequent drawings. Now, those subsequent drawings will be reviewed as standalone documents. As a result, we expect to see more code comments related to those drawings. Engineers may also be forced to incorporate some administrative code requirements typically handled by the architect’s note sheets, like site plans and building characteristic information.

Application signoffs. Traditional signoffs of special and progress inspections are entirely different from the signoff process in DOB NOW. Special Inspectors will now have at least twice the administrative work to sign off applications.

The planned summer rollout will be a huge change. DOB has pushed back startup dates for DOB NOW in the past, and we would not be surprised if this rollout similarly gets postponed. However, the switch will definitely happen soon, and we are preparing for this massive move.

We have been peppering the DOB with questions, many of which they do not have answers for yet. There will definitely be growing pains when the roll out occurs. Delays are inevitable. If you are currently scheduling work for a summer or fall filing, we recommend moving up the filing date if possible.