What Once Had ‘BIN’ Will No Longer Be 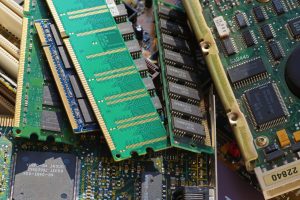 It’s taken years to reach this point. You had a dream. That little underdeveloped corner property you passed every other week. What if you could put together the right team and financing and turn that rundown walk-up into a market-rate, Class A elevator building?

After lots of hard work, lots of money, lots of consultants, and lots of months getting your plans approved at the Department of Buildings (DOB), you finally have the permit in hand. You are ready to build. Sure, the usual bumps and surprises crop up along the way, but things are moving relatively smoothly. You are on schedule.

Then, without warning, emails start appearing. “I can’t renew my variance.” “I requested my plumbing inspection, and it was rejected.” “I can’t renew my permit.” “The examiner wants to approve the boiler application, but the computer won’t let her.”

Guess what? You have been BINNED!

More precisely, when you enter your property address, bright red letters appear across the top of the screen: “OBSOLETE BIN RETAINED FOR HISTORICAL PURPOSE ONLY.” That banner on your property stops your project dead in its tracks as far as DOB paperwork is concerned.

An Overview of BINs

BIN stands for Building Identification Number. Each building in the city is supposed to have a unique BIN. The Department of City Planning creates the BINs, but the DOB can also create them.

Soon after the Buildings Information System (BIS) debuted in 1990, every existing building in New York was (more or less) granted a BIN. Each BIN had a house number or house number range. Index cards with handwritten and typed records recorded each DOB application or action. This information was transferred to the BIS under each BIN (found under actions in the Property Profile).

As with any computer record storage system, the goal is to have more streamlined, accurate records. However, the reality of any transition from manual to computer systems—or even between different computer systems—is that data gets lost or put in the wrong places. The new BIS, with its thousands of BINs, was not immune to such losses and errors. To this day, records for other buildings still appear in the wrong BINs—sometimes in the adjacent Block & Lot and sometimes in a property in the next zip code.

All in all, records ended up where they were supposed to, and the system of BINs seemed like a simplified way to organize and retrieve future information about applications, COs, and violations.

But New York City continued to build, demolish, merge, and split. Buildings were combined, built over, under, and through other structures. New BINs were created—and sometimes they were not. Other times, BINs for long-gone buildings lingered.

The DOB and City Planning Commission (CPC) had a meeting of minds, which also included other agencies. To obtain and preserve a lean, mean, computer record-keeping system, they would strictly enforce the “One Building, One BIN” rule. To enforce this rule, the city would carefully track Building Demolition applications. Signing off such an application meant that no building existed on that property. No building, no BIN.

When CPC was alerted to a demolition signoff, they placed the BIN on a list to be made obsolete. On a regular schedule, CPC would change the status of all these BINs. The status change used to be a semi-annual affair. Then, technology advances moved the rate to quarterly. Now, CPC can update their list every two weeks, making BINs obsolete much faster.

What city agencies did not take into account was how the filing process occurs for major alterations and new buildings to meet developers’ schedules. In an ideal world, one would have time to request a new BIN before filing the application for review. But time is money, and no developer will accept the standard two or three months lead time to have a new BIN created before filing an application.

We also often file new building applications before the old building is demolished. For smaller buildings where the address will stay the same, it may be close to impossible to get a new BIN created. When merging lots, the tentative tax lot issued by the Department of Finance may have a BIN that does not include the address that the Borough President’s office has assigned to the new building. In this case, you would have to file under another lot, the BIN for which will become obsolete once you finalize the tax lot merger.

The DOB BIS Unit is the group that must deal with the consequences of the CPC’s swift actions to make BINs obsolete. (In all fairness, they have been known to render a BIN obsolete all on their own.) Ironically, the same technological advances that have allowed CPC to issue obsolete BINs at record paces have inversely affected the DOB BIS Unit’s ability to respond. The BIS system is being phased out by a new computer system called DOB NOW.

DOB has staked its future on the supposed benefits of DOB NOW and has supported its stake with a lot of resources. Since resources are finite, support for BIS has taken a hit. Though DOB NOW is touted as the interactive way of the future, the BIS still does all the heavy lifting. New buildings can only be filed through BIS. The majority of all architectural, MEP, and structural filings are still done through BIS. Also, more than 100 years of building records are on BIS.

The DOB BIS Unit has only a handful of IT people to handle obsolete BINs and the myriad other issues they must deal with daily. More than once, I have been on phone and email conversations with these civil servants well past 6 o’clock at night, trying to solve problems. They are overworked, and their staffing problem becomes our industry’s problem.

We at Metropolis are working on ways to anticipate these obsolete BIN issues to mitigate pain during the construction process. Developers must consider bringing our services onto the job track—and releasing other consultants—earlier to produce the materials needed to establish lots and BINs prior to filing to avoid obsolete BINs and other challenges that could hamper the construction process.